An excerpt from a work in progress. [A version of this appeared in the August Eagle Peak Quarterly, a web only magazine.] Maybe an opening or maybe not. Let me know what you think. Comments always welcome and subscriptions too. Share it with friends if you like it. 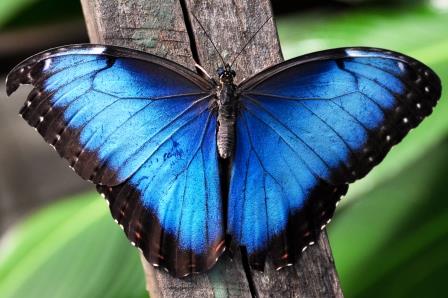 Her iridescent blue scales flashed brightly in the morning light streaming through the glass-enclosed boardroom, holding their attention as she presented her report.

“Sales of the home DNA repair kits are better than expected,” Roz told the Dragon directors. “The humans are defenseless against appeals to their vanity—not to mention their insecurities about gene-linked disease. As soon as we get the kits on store shelves, they’re gone.”

“When will we see results of the ‘repairs’?” T’ssac, interrupted, sliding his tail slowly from side to side in a gesture reserving judgment.

“Increases in heart attacks will take a little longer but we already are seeing an uptick in liver and pancreatic cancers. By the time anyone realizes that the repair kits are actually causing this, it will be too late.” Roz replied. No one could have expected it,

“Great job, Roz. I knew we made the right choice putting you in charge of bio-engineering and now you’re taking the lead on this project!” Said K’tosh, flicking his tongue out to sample the confident aroma Roz exuded. As one of the original Dragon Development programming directors, K’tosh had a big stake in the success of the plan to take over Earth.

“Yes, yes—we know how enthusiastic you are about the plan, but don’t let pheromones from the lovely Roz distract you. We have to be certain the Consortium doesn’t have any clues about what we are really up to,” said T’ssac.

“Don’t let my looks fool you, T’ssac; I know what I am doing,” Roz said, thumping her tail loudly on the floor even as her scales darkened in a mix of embarrassment and anger. “As I was saying, the sale of the kits is going very well. We have developed 17 different degenerative DNA strands for the kits. We randomize distribution of the strands to avoid raising any alarms.”

“Well then, that seems to bring us up to date for now. Thank you for your report, Roz,” said Prilk “if anything urgent comes up, call my secretary; otherwise we will look forward to hearing from you again at our next regular meeting.” As chairman of the board, Prilk had the power to cut off debate; he also had the knack of knowing when to exercise it.

The butterfly’s bark shook Prentice from his reverie. A tart sound, heard only with brain-pepper augmented senses. Without enhancement, he had no hope of navigating the rain forest that offered many painful deaths—some quick and some prolonged. How long have I been standing here? He wondered, tracking the butterfly’s upward path until it veered away. That’s when he saw the giant spider, expectantly flexing its mandibles two feet overhead. Only the butterfly’s warning saved him from the hypnotic hunter’s mind-web, holding Prentice tightly. “Hey, a spider’s gotta eat,” the hairy-legged monster said, “no offense.”

“None taken,” said Prentice, blowing a hit of brain-pepper in the spider’s face—a fatal toxin for arachnids of all sizes. The drug’s effects on Prentice must have been wearing off, three hours from the last assault to his seared septum; otherwise, he would have noticed the spider before the mind-cloud got him. He had paused to rest for only a moment when the memories of Roz flooded over him, thanks to the eight-legged killer. Brilliant blue hues reflecting from steel-hard scales—how could there be a more beautiful lizard anywhere in the galaxy? He had to get her back, even if it meant daring the deadly rain forest.

Despite the havoc it wreaked on his nasal passages, he took another snort of the stimulant. He hadn’t tracked Roz across the galaxy only to be stopped by drug company security. The pharms imported the genetically engineered predators from low gravity labs orbiting the fertile planet Soleus, protecting their investment in medicinal flora and fauna with deadly force. Which way, which way Mr. Butterfly? Will you show me a safe path? Prentice wasted no words on the Blue Morpho, who had no ear for talk. Still, it heard his unspoken plea, with one quick yip and a waggle of its wings flashing brown and blue, it pointed Prentice the way—in hopes perhaps, of some reward for a successful lizard hunt.

Designing the Prentice chimera posed no great bio-engineering challenge. But the enlarged reptilian brain stem, below the limbic system, did create risks unforeseen by the Consortium and Prentice himself, once he began spending more time as a lizard. He could flash-change, chameleon-like, into a passable male lizard. His handler insisted he get close to Roz, to find a way to sabotage the Dragons—not fall in love with her.