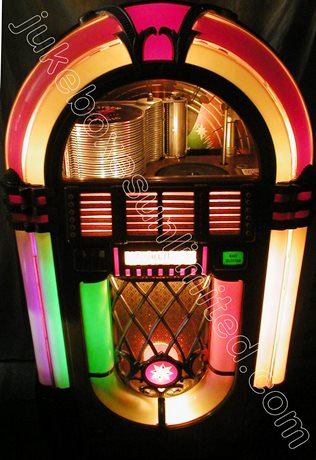 A single word calls up a lyric of a long ago song, sometimes liked and sometimes not. It drives her crazy at times, never knowing what innocuous comment will bring a snippet that gets stuck in her head. While he freely associates a word or phrase with a lyric, he never gets the song stuck in his head. Oh no, she is the one who has a continuous musical loop replaying in her brain, which can be displaced only by substituting a less annoying recording from her memory–one which will fade in time. His mind remains uncluttered by the record, amused by his recollection, as he stuffs the 45 back in the virtual rack of the Wurlitzer brain. There are few Wurlitzers around these days, save those found in some collector’s basement. A relic of the past when vinyl records stored singles on 45s that customers paid a quarter or more to hear music in bars or cafes.

One thought on “Free Association and Songs Stuck in Her Head”