From a Southern Poverty Law Center message came this interesting story. A woman incarcerated in an Indianapolis prison heard a mayoral candidate describe the problem of 10,000 abandoned homes and lots in the city. She had a “eureka” moment as the SPLC described it. People like herself, imprisoned for years not only had trouble getting jobs, they had difficulty finding a place to live. Not surprising, given their records. That, in turn, led to more recidivism. So why not put recently freed convicts to work renovating those properties? In exchange for their efforts, they could move into the homes.

Vanessa Thompson had already been incarcerated for 17 years when she proposed her idea to a public policy education program that the prison offered. The plan it gathered support among fellow inmates at staff. They set up a Go Fund Me page to generate funds to accomplish the project. Through the prison, the class members presented videotaped testimony to the Indiana legislature. In that very conservative assembly, her plan received unanimous support. Read more at these links: Building Toward a Future and the GoFundMe site. 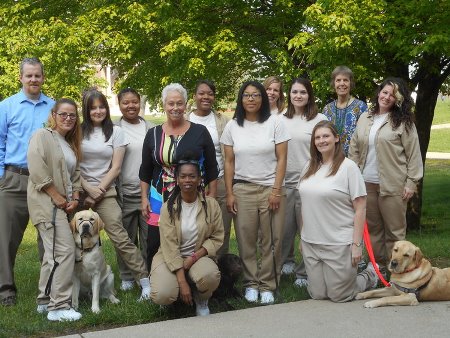 This month’s co-hosts of the We Are the World Blogfest are:  Shilpa Garg, Inderpreet Uppal, Sylvia Stein, Susan Scott, Andrea Michaels and Damyanti Biswas Please visit their blogs too!

One more note, if any of you are in the vicinity of Silver City, New Mexico on today, Black Friday–stop by at the Tranquil Buzz between seven am and five pm for a local author book sale and talks by some of them between 1 and 3 pm. The coffee shop is located in the Arts District at 112 West Yankie Street. Of course it’s open other days too for coffee, tea and on some occasions for readings or music.