Short of new items to post during the busy weekend, I’m taking a step back into the memoir past. It’s what I had to write before getting on to fiction. With fits and starts, the fiction will be coming this year. You may or may not gravitate to memoirs, or mine in particular. But between what you see here on this blog and what you can find in the memoir is voice and style. The fiction I put out this year may not match the memoir in intensity, but it will match the writing. 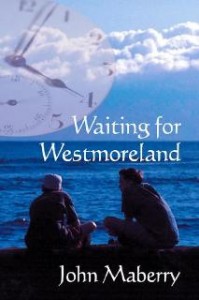 Here’s a small overview and a couple snippets. For more, see the extended sample on the Waiting for Westmoreland page here on this site. BTW: comments are always welcome, as are shares, reblogs or tweets.

Westmoreland? Yes, that Westmoreland–the four-star general from the Vietnam War. But it’s a memoir about me not him. You will understand the title as you get midway into the story. One’s life is a tapestry of cause and effect. Choices we made years ago affect opportunities presented today. Responses to events today, influence the future.

Prologue — The Threat, the Opportunity “If the two of them get married or I find the two of them together, I’ll kill the both of them.” It was the week before Thanksgiving, 1979, when a shaky-voiced Juanita called to pass along her father’s plans for us. At least that is what she overheard him telling her brother. “He’s just saying that, right?” “Maybe, but we need to take this seriously—he has a gun in a safe at home,” she said, a tremble of fear in her voice.

“But he wouldn’t really do that, would he?” No way, I thought.

“You don’t know my father. He has a very angry nature. There are things he’s done that…well, things I can’t tell you about. But believe me, he is perfectly capable of it.”

“So what are we going to do?” I asked, my disbelief finally fading.

“I don’t know. I just want you to be careful. He might be following me.”

“Well, maybe you shouldn’t come here to my place for a while.”

“We could still see each other at activities,” she added, hopefully.

“Unless he followed you. What kind of car does he drive?”

“OK. Let’s lay low for a few days, just to be safe. We need to think about this.”

Except for the trains, it was a quiet enough neighborhood. At least I thought so. I was eight or nine years old when my mother read me a newspaper report about a gruesome murder. The killers had dragged the cook out of the Bandbox, a burger joint in Camden, a tiny business district in north Minneapolis about a mile from our house.

“They banged his head on the curb until he was dead—because he was Chinese,” she cried, tears welling up in her eyes. “It’s just like the Ku Klux Klan, dragging black people from their homes—whipping, beating or killing them because of their skin color.”

Waiting for Westmoreland is available as an eBook from Amazon, Apple, Kobo, Barnes and Noble and elsewhere. It’s also available in paper online from most booksellers.