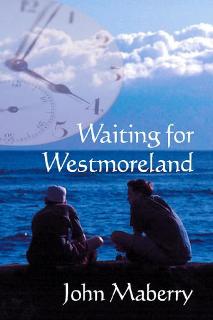 Here is an excerpt, the opening actually, of Chapter 5: Arrival in Country; Hello Dali from Waiting for Westmoreland. Published  in the fall of 2007, this memoir is just as good now as then. But don’t buy it now; look for availability of the book at a reduced price and in more formats this spring. For more excerpts, click the link at the top of the page.

On the ground at last, after the long flight from Guam, the plane taxied past sandbag-clad heavy steel revetments surrounding bombers and fighters on three sides. As we rolled to a stop, the flight attendant popped the door, allowing the cool cabin air to escape. Tropical heat-asphalt-softening, frying eggs on a sidewalk heat-washed in like a sunny surf, carrying unfamiliar smells. It was Saigon in late September 1967. A throng of cheering khaki-clad soldiers in loose formation waved and beckoned to us from the tarmac at Tan Son Nhut. They laughed and shouted as kids on a playground, all the while looking about as secret service agents do during a presidential walk on a crowded street. A year later, I would better understand their uneasy excitement. Barring a last-minute attack, they had survived their year in Vietnam. They would fly back to “the world” in the plane we exited.

Wasting no time assembling here, we went straight from the ramp onto a prison bus. At least it looked like one. The kind of bus that hauls convict work gangs around some places in America, guarded by shotgun-shouldered Bubbas in Smokey hats. Only we weren’t the criminals. The bars and mesh covering the windows were there to protect us. How odd, I thought, we were here to protect the Vietnamese but we must be protected from them. Yet, on the busy streets we traveled, other military personnel walked freely about or rode in jeeps while Vietnamese civilians sped about on mopeds and bicycles. Other locals fearlessly shopped at the colorful stalls crowding sidewalks along the narrow streets. It was the first of many incongruities, in a year filled with them.