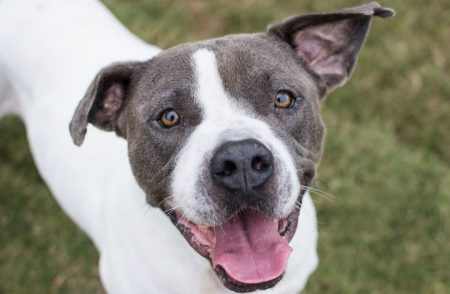 Lifeline Animal Project, a nonprofit that runs multiple shelters in the Atlanta area, launched its first annual “Home for the Pawlidays” program this year. For the week surrounding Thanksgiving, the 20 dogs are staying “as special guests in people’s homes,” spokeswoman Karen Hirsch told “Today.” Lifeline provides food and supplies for the short-term foster homes during the week.

“We chose the dogs who had either been at the shelter the longest or who needed a break from the stress of the shelter the most,” Hirsch told HuffPost in an email. “All the dogs we chose are good candidates, because they adore people.”

Seems like a great way to give the dogs a break as well as a good shot at adoption. A tad challenging for the hosts, but for those of you who have ever adopted a shelter dog, you will know the intelligent response many (if not most) will have at opportunities like this. This is their shot at getting out of a cage and into a home with people. They’re better than most folks at a job interview–they know what’s at stake.

Georgia’s program is not the only one. According to the article, these types of temporary visits away from the shelter are happening across the country. Here’s another one described at HuffPo.

Virginia’s Richmond Animal Care and Control, for instance, has run a similar Thanksgiving program for the past three years. And in 2015, the placement coordinator for Virginia’s Fairfax County Animal Shelter told HuffPost that she’d personally seen how weekend fostering ― the practice of an animal going to a home over a weekend ― transformed one of the shelter’s dogs from a nervous wreck to a relaxed, happy animal.

Co-hosts for this month’s WATWB are:  Shilpa Garg, Simon Falk, Lynn Hallbrooks, Eric Lahti, Damyanti Biswas and Guilie Castillo. Please check out what they have to say!

While you’re here, let me add a brief promo for the January edition of the Eagle Peak Quarterly now online. Lots of interesting features. It’s FREE.